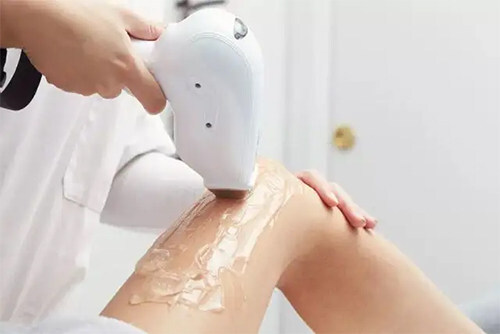 The Origin and Development of Laser Hair Removal:

As early as the 1960s, Goldman first described the destruction effect of ruby laser on hair follicle melanin, but it was not used clinically. In the 1980s, Ohshiro described hair loss after ruby laser treatment of pigmented nevus, but at the same time, the epidermis was also severely damaged. In 1993, the Wellman Laboratory of Medical Optics at Harvard University began research on the use of ruby laser hair removal. Subsequently, ruby laser, Nd: YAG laser, etc. have been used in clinical hair removal treatment, but their parameter design is not ideal. In 1997, Wellman Medical Optical Laboratory began to use a new generation of laser hair removal machine - LightSheer semiconductor laser hair removal machine for clinical treatment and achieved remarkable results. Afterward, the new intense pulsed light system was also applied in hair removal treatment, and the optical hair removal technology has basically matured since then. 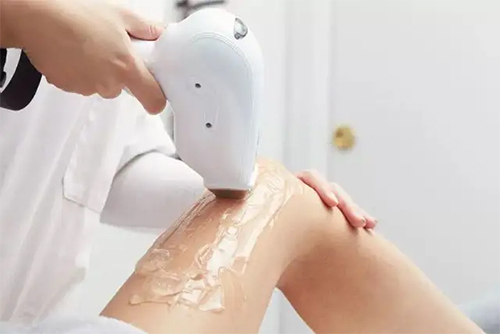 The long-pulse ruby laser has a wavelength of 694 nm, which can penetrate deep into the hair follicle and be absorbed by its melanin. After irradiation, the strong temperature difference between melanin and its surrounding tissue forms a shock wave that damages hair follicles and melanosomes. However, the ruby laser with a wavelength of 694 nm has a strong absorption capacity for melanin, and cannot penetrate the skin of people of color smoothly. In the yellow race, it is easy to cause burns and pigmentation adverse reactions.

Long pulse width Nd YAG lasers do not require carbon smears. The long-pulse laser can heat the inner and outer root sheaths and the hair without affecting the epidermal melanosomes. Safe for darker-skinned patients. Combined with Pneumatic skin flattening (PSF) technology, it can reduce the pain during Nd: YAG laser treatment without affecting the efficacy, making topical anesthetic cream and cold compresses unnecessary.

The alexandrite gemstone laser has a wavelength of 755 nm and destroys hair follicles by the same mechanism as the ruby laser. However, it weakens the specificity of melanocytes but can increase the penetration depth of the laser, which can be absorbed by melanin and reach the hair follicle, improving the curative effect.

Intense pulsed light belongs to ordinary incoherent light, not laser light. Its wavelength is between 515 and 1200 nm. The clinically used filters for hair removal are mainly 645 nm, 695 nm, and 755 nm. 1 to 3 pulses can be selected to continuously increase the temperature of the target tissue. Its high energy, relatively concentrated band and adjustable pulse width are similar to lasers. It can also achieve selective photothermolysis for hair removal treatment.

Semiconductor laser wavelengths are generally 800 nm and 810 nm. It can make light and heat conduct better from the hair shaft to the stem cells of the outer sheath of the hair bulb, so as to destroy the germinal layer of the hair follicle. And promote the synthesis of skin collagen by stimulating the TGF-β/Smad signaling pathway. It is a low-cost and more reliable laser. It has become the mainstream of laser hair removal in recent years.

The basic principles of laser or photon hair removal are the same. They all use the thermal effect of light to degenerate and die hair follicles to achieve the effect of hair removal. Adverse reactions such as erythema, follicular edema, blisters, hyperpigmentation, and hypopigmentation may occur after treatment. Many domestic and foreign literature mentioned that most of the adverse reactions are temporary, and about 6% will have dyspigmentation. It is worth paying attention to water (blood) blisters, skin ulceration or eschar, and other adverse reactions that occur during the treatment. It should be treated promptly and effectively, and scarring or permanent pigmentation at the treatment site may occur. Therefore, strict control of indications and contraindications in treatment and postoperative laser care are necessary conditions.

Your cart is currently empty.